Eight years after its launch and Twitch got the new look (or should we say – sharpened look), featuring more vibrant colours, cleaner fonts and futuristic vibes.

The live streaming video service, now owned by Amazon, was built on the backs of streamers – from, traditionally, people playing video games while talking about their experience, to increasingly more diverse content including cooking and talk shows.

The updated identity is bold, pixelated, purple with its blocky look and pays an ode to its video game roots. The tagline? “You’re already one of us.” The identity was developed by Collins in collaboration with Twitch in-house design department.

The logo is just slightly updated, the main change being the tighter counter spaces of the letters that now so pleasantly match the thickness of the stroke around the letters. The characters are a bit wider and bolder, creating a stronger impression of the name.

In addition to the more vibrant purple, Twitch is introducing two dozen new colours named after iconic games and pop culture (Black Ops, Ice, DK, Pika Pika and others). The site is also giving the creators a new tool called Creator Color that lets them set a specific colour to express themselves on their channels.

On the top of that there’s the ultimate stage of the Twitch logo, which includes a three-tone animated rainbow gradient, symbolizing Twitch and everyone who is a part of.

The glitch icon got a bit of an update too but emotes remained entirely unchanged (originally introduced by the twitch community), now just added to communication (smart move!). 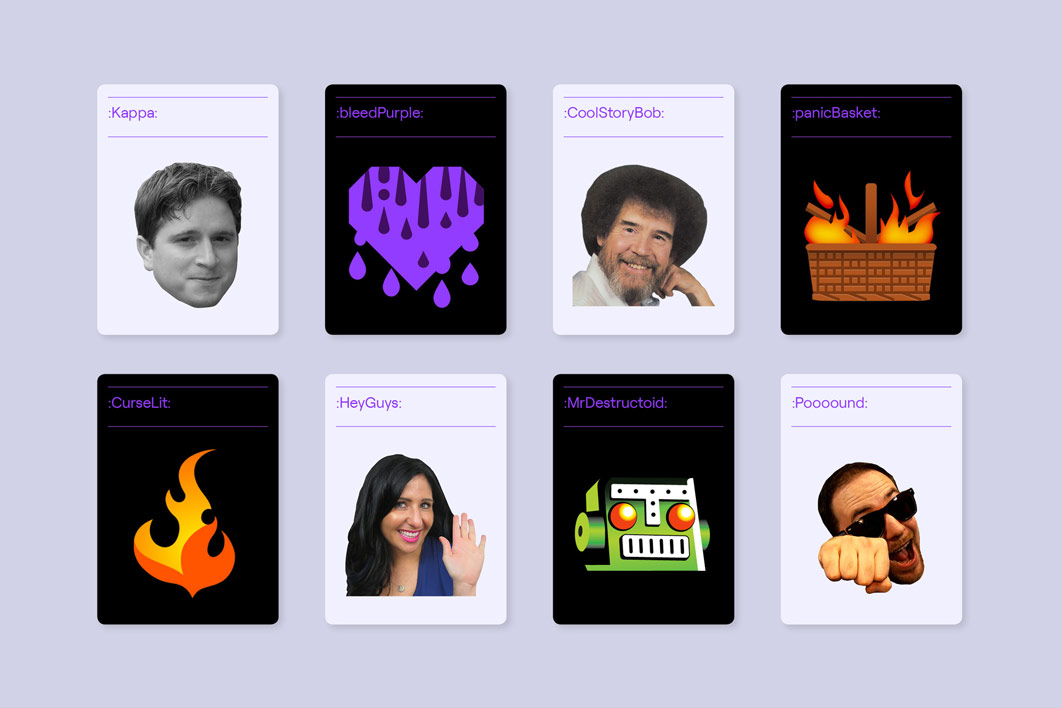 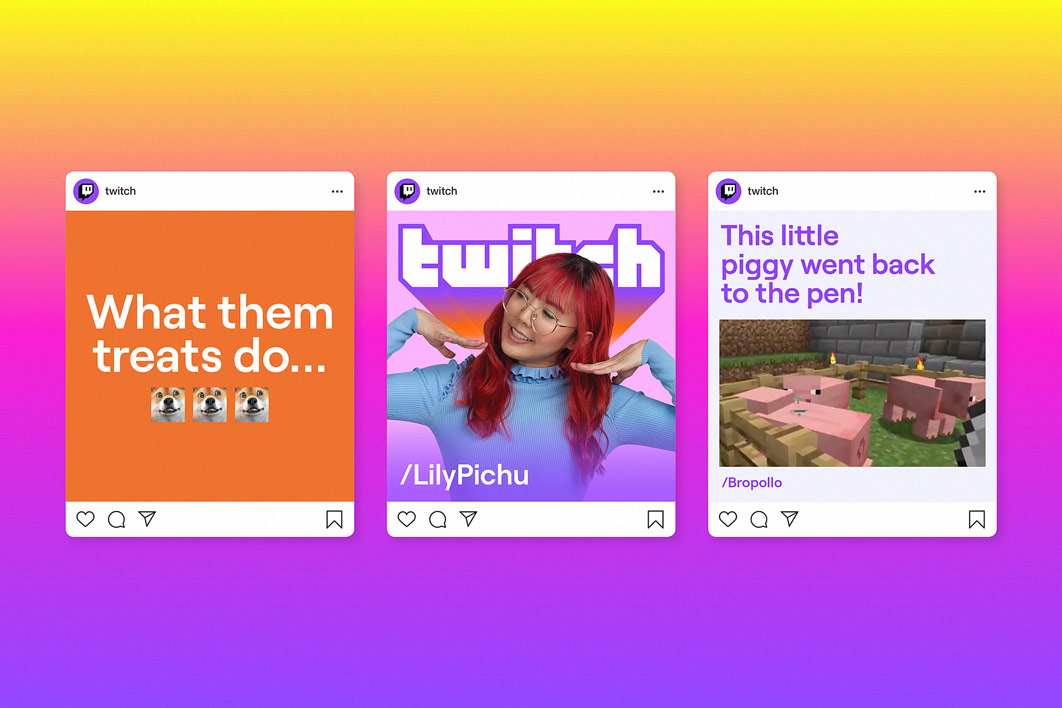 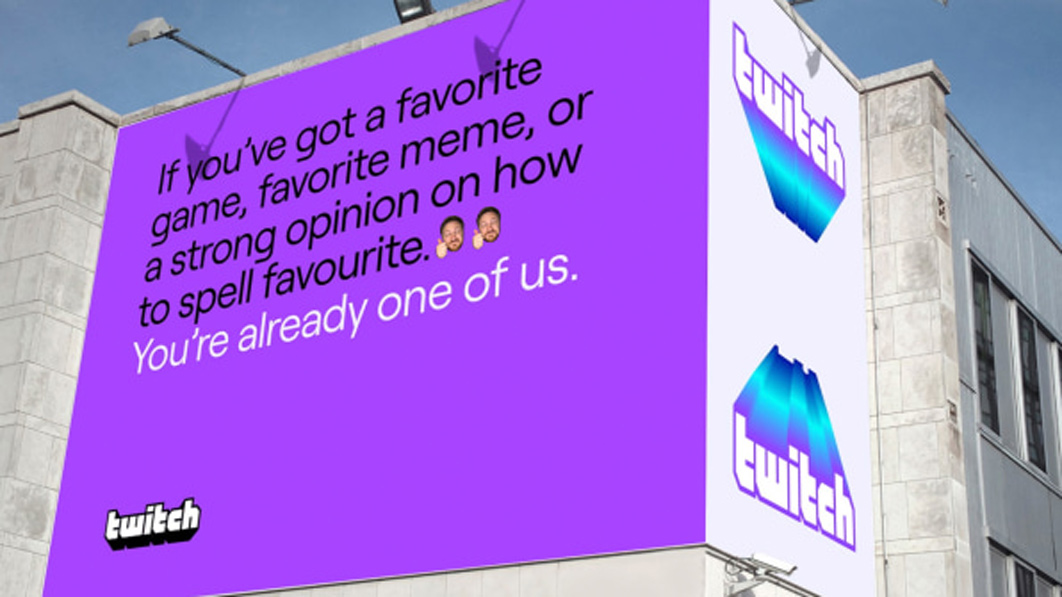 The company adopted a sans serif, a modern and clean-feeling genre of typeface that’s extremely popular right now. Also, the typeface (Roobert) has a cool name too, in line with both visual identity and their communication strategy. 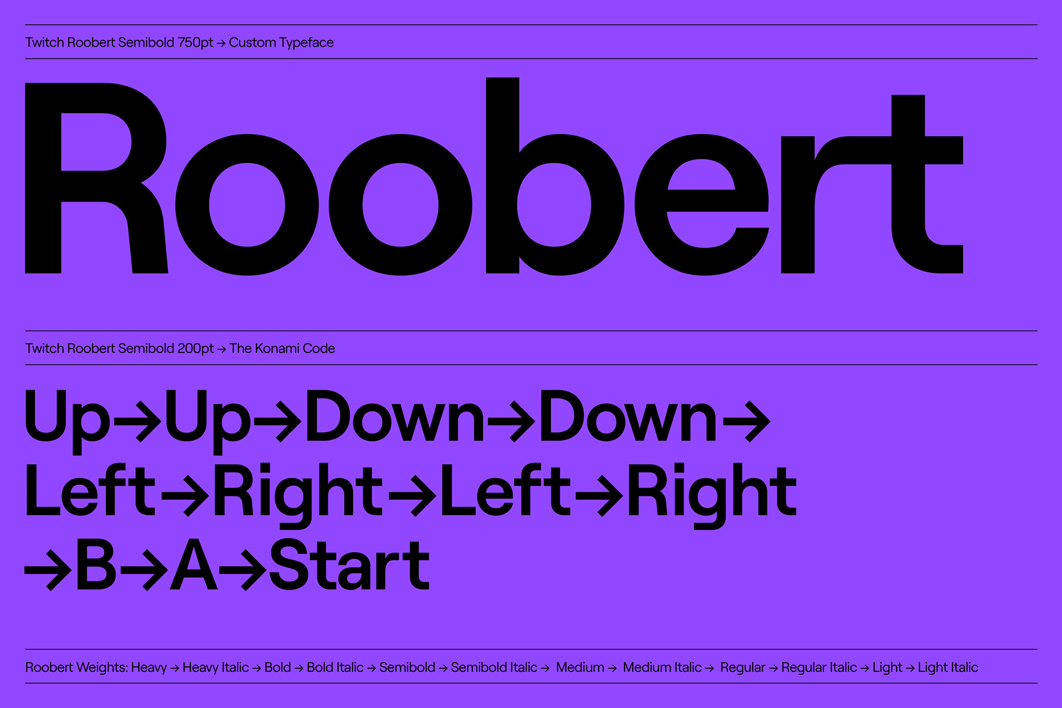 Overall, it looks the way the word ‘twitch’ sounds: a little weird, a little techy, and a whole lot of ‘either you get it or you don't, it might be a generation gap for some. We find this identity completely in line with the brand and its audience, even though some wanted to scream ‘You kids get off my lawn!’.